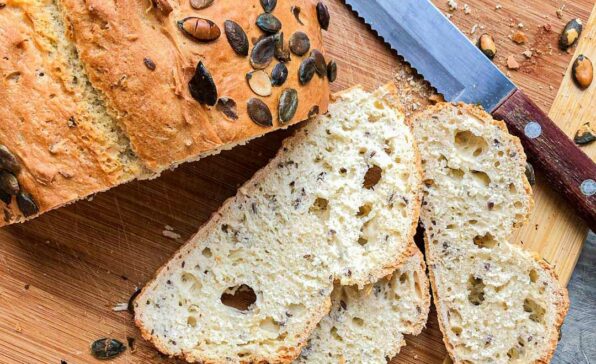 When did you really miss bread? For me, it was during my year abroad in New Zealand – at some point, the miss for typical German bread was very extreme. Even what was advertised as “German bread” there was not quite comparable. That was one of the triggers why I really wanted to learn how to bake my own bread. The initial result was this light spelt bread.

Ever since I was little, my mother regularly baked bread herself. From wheat bread, spelt bread, wholemeal bread to sourdough bread, everything was there. I never really appreciated it until I missed it during my year abroad.

Bread is a staple food for people today and has been around for quite a long time. But where does bread come from and how long has it been around?

The history of bread

When agriculture really began, that was when people settled down. During this time, cereals with large grains were bred from the sweet grains.

At first, they were eaten raw or roasted, until they began to be processed into porridge with the help of water. Berries, herbs and spices were added so that the porridge tasted better and better. Basically, this corresponds to the oatmeal or porridge we know today.

Due to the lack of storage facilities for the porridge, it was baked. This is how the loaf of bread was invented. One example is this homemade flatbread.

It is said that the court bakeries of the Egyptian pharaohs baked at least 30 types of bread. It’s crazy how old this bread is!

From the flat bread, the history of bread goes to the leaven. Where, when and who invented it is unclear. Based on references in the Bible, sourdough seems to have been known as early as 1,400 – 1,200 BC.

The predecessor of yeast, was the discovery of fermentation for beer. The first yeast was then obtained by skimming the top-fermented beer. The industrial production of yeast started around the middle of the 19th century.

There is so much more to say about the history of bread, but it would get out of hand. If you are interested, I can recommend the bread exhibition.

How many loaves of bread are there in Germany?

The German Bread Institute writes that over 3,200 breads are named in the German Bread Register. This has various origins. One origin is the climatic conditions that favour the cultivation of wheat and rye. The other is the petty statehood of the empire. Every city, every small state and every part of the country had its own bread shapes, which makes it no wonder that there were countless different varieties even back then.

Nowadays, there are so many bakeries working a highly competitive market. For this reason, more and more types of bread are registered every year.

The diversity of spelt bread

But now back to the actual topic, I finally want to be able to bake bread and have therefore started with this simple spelt bread. The recipe is a simple one that I found on the internet. Since this composition has existed several times, I cannot give you an exact source – and even if I could, it would probably not be the original source.

I mention it in the recipe, you can refine your spelt bread as you like. I put bread spice in mine and covered it with pumpkin seeds. How and how much is up to your taste. Test yourself!

For this reason, this recipe is (once again) super versatile and for everyone!

I’m looking forward to seeing what else I conjure up on our table over time. By the way: I missed bread in New Zealand, back in Germany I misscheese scones. You can never please anyone…

What do you associate with bread and which is your favourite?

Annkathrin
There are so many great bread recipes in the world. Here is a very simple one that you can make with just a few ingredients and easily customise. 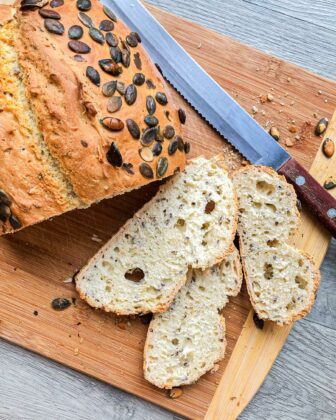 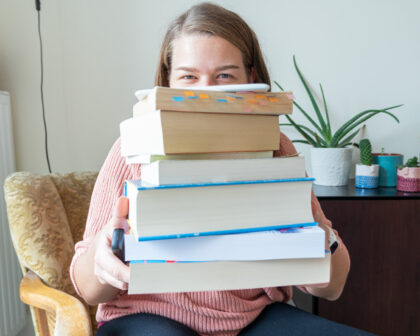 These books have brightened up my September 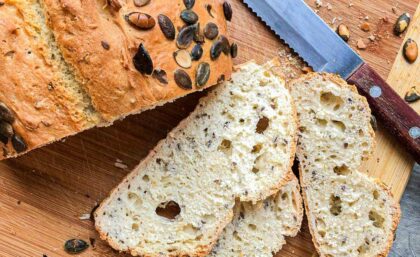 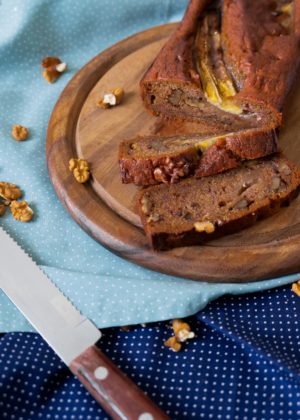